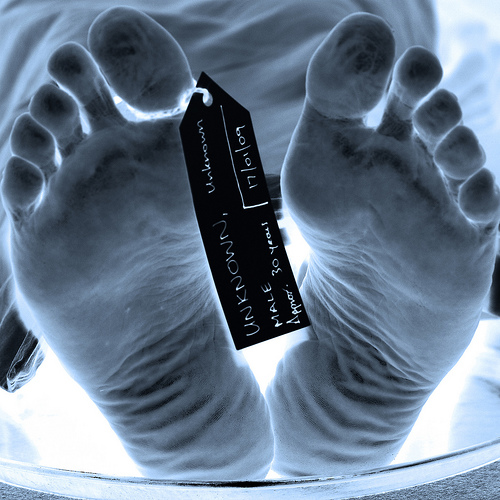 MDMA or Ecstasy is a schedule I synthetic, psychoactive drug possessing stimulant and hallucinogenic properties. Ecstasy possesses chemical variations of the stimulant amphetamine or methamphetamine and a hallucinogen, usually mescaline. Illicit use of Ecstasy did not become prevalent until the late 1980s and early 1990s. Ecstasy is commonly used in combination with other drugs, which increases the user’s risk of an Ecstasy overdose. Interestingly, Ecstasy is rarely consumed with alcohol, as alcohol is believed to diminish its effects. Ecstasy is traditionally distributed at late-night parties called "raves", nightclubs, and rock concerts. As the rave and club scene becomes more popular in metropolitan and suburban areas across the country, Ecstasy use and distribution are increasing as well.

An Ecstasy overdose occurs when more Ecstasy is consumed than your body can safely handle. Ecstasy users are constantly flirting with drug overdose, and the difference between the high they're seeking and serious injury or death is often marginal.

As of November 1995, 50 to 60 people had died due to either an ecstasy overdose or dehydration because of Ecstasy. Ecstasy overdoses persist currently, including 8 people in Miami and 5 in Minneapolis/St. Paul. In Boston during the first three quarters of 2000, Ecstasy was the most frequently mentioned drug in telephone calls to the Poison Control Center.

An Ecstasy Overdose is Characterized By:

Below is an excerpt from:

"An Ecstasy overdose led to the death of a Pequannock High School senior who was found unconscious at a Manhattan nightclub in August, New York City's medical examiner said Tuesday.

But taking Ecstasy causes dehydration, which, coupled with intense body heat from dancing in a packed environment and a lack of water, can easily lead to sickness and, in rare cases, death.

New York's medical examiner, however, determined that Del Giudice died from an Ecstasy overdose. The office would not specify how much of the drug was found in his system....

A spokeswoman for the National Institutes of Health said there is no specific amount of the drug that will cause an overdose. Rather, a person's body weight and age are factors, as well as simultaneous use of other drugs, including alcohol...."